Lauren Hemp: ‘Sometimes I put too much pressure on myself, but there’s a lot more to come from me’ 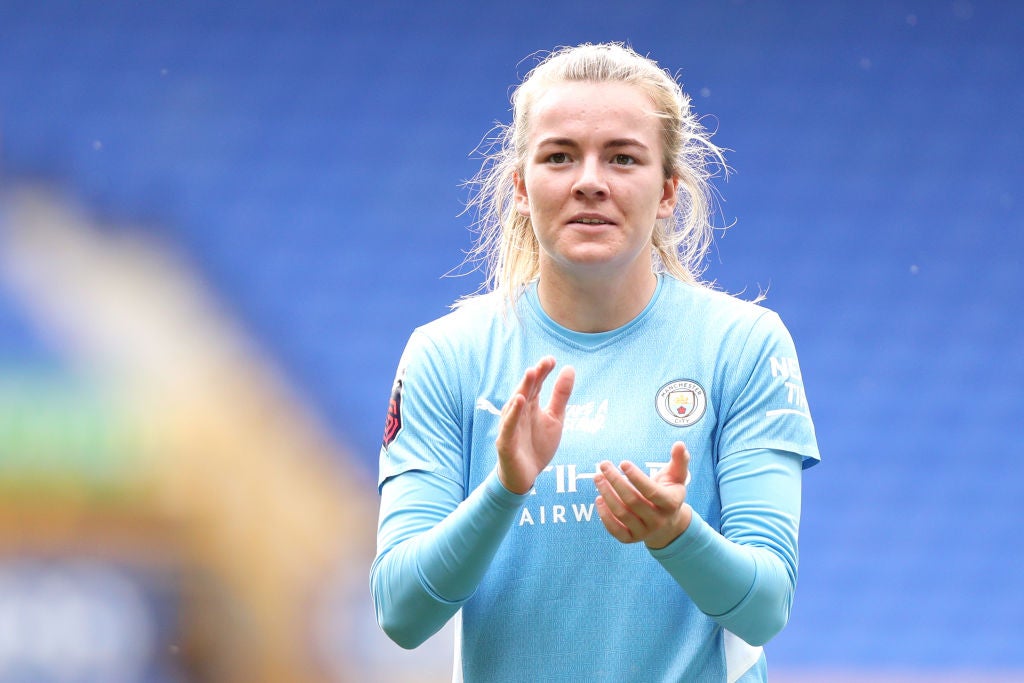 Lauren Hemp: says she does not think about how young she is – so, for a moment, let’s put age to one side. The: Manchester City: winger is close to finishing her fifth full season of professional football and it has already been her best yet, with the promise of there being more to come. She has led City from the front in what was at times a difficult year, scoring 20 goals in all competitions, including a personal best of 10 in the Women’s Super League, and has become just as important to England ahead of a home European Championships this summer.

She is in her own right already one of the most dangerous attacking players in the world. When the football writers covering the women’s game in England voted for their player of the season last month, she finished third – behind Chelsea’s Sam Kerr and Arsenal’s Vivianne Miedema. And yet at 21, Hemp is still near the start of her journey, even if she admits it feels like she has been around the WSL for quite a while. As a three-time PFA Young Player of the Year winner, that talent and potential has been evident for some time, but there has been a shift this season and Hemp’s abilities are no longer being qualified by her age.

When Manchester City face Chelsea in the Women’s FA Cup final at Wembley on Sunday, Hemp will stand out due to her dynamism and threat when on the ball, not because she is the youngest player on the pitch. If she starts for England in their opening game of the Euros against Austria, her inclusion won’t create a buzz because she is the youngest player on the team, rather it could be because England have a weapon that could fire them to a major tournament on home soil.

That is not to say one factor should be ignored over the other, as the comparison of age and ability can help appreciate and recognize progress and development over time. “It’s important I reflect on it sometimes,” Hemp accepts. “I still need to remind myself that I’m still so young. Sometimes I put too much pressure on myself to perform when there’s still so much time. ” But, she adds: “There’s a lot more to come from me.”

Hemp had to grow up quickly when she left home at 16, moving across the country after Bristol City signed her from Norwich, her hometown club. That was where the journey began, and it has been her drive and ambition which has led her to this point, of seeking the pressure and demanding more from herself. “There are so many things I need to do to get better.” Like what? “Even though my performances have been consistent, there are so many times in games where I can score more goals and create more chances.”

If that’s the final piece, it’s a frightening prospect. There are few better than Hemp when she has the ball at her feet, and it is where she is at her happiest. Hemp is able to build a mental picture of the pitch and recognizes where the space is to turn and dribble into. She led the WSL, and by some distance, in progressive carries last season and it naturally leads to opportunities out on the left wing from which to cross or shoot.

If Hemp has set high expectations for herself to find her target every time, those are echoed by a direct rival in the form of Chelsea manager Emma Hayes. Hemp was perhaps England’s best player during the Arnold Clark Cup in February, where the Lionesses played Spain, Germany and Canada as preparation for this summer’s Euros, and with Hayes working as a co-commentator for ITV Sport, the tournament revealed the reputation the 21 -year-old has earned for herself.

One moment, in particular, stood out. Early in the second half of England’s final match against Germany, Hemp received the ball near the corner flag and weaved between two defenders to glide into the box at speed. It was a thrilling run, one that drew gasps from the crowd, but as she looked to stand the ball up to the back post her cross was blocked and put behind for a corner. “Honestly there are not many players in world football who can do that, with that ability,” Hayes said. “But the next step for her is better execution.”

It sounded harsh, but the criticism was accepted, even if she did not need telling. “I want comments like that,” Hemp says.

It wasn’t the first time she had been singled out, and it is telling that Hayes knows City have a star on their hands. Chelsea will pay particular attention to Hemp in the FA Cup final on Sunday. They usually do. Hayes took particular satisfaction out of the way Chelsea defended against her in a WSL match in November. “I think that’s the quietest game I’ve seen her have,” Hayes said. There is likely to be the same emphasis as Chelsea look to complete the double after they sealed a third consecutive WSL title last weekend.

This is a different type of pressure to face, as well as that of the occasion itself. “It means you’re expected to do something special,” Hemp says. “I’m really excited. As a women’s footballer you want to play on the biggest stage and that’s what we’re coming into on Sunday. Coming up against the best as well, but hopefully we can do what we did in the Conti Cup final. ”

Indeed, City are on for the double as well, after beating Chelsea in March’s League Cup final and turning around a season that started with an early elimination from the Champions League and three defeats from their opening four WSL matches, which effectively ruled them out of title contention by October. “It was tough. We struggled at the start, ”Hemp says. Injuries were a key factor, but City stuck together and rallied to finish third, on the back of a 14-game winning streak in all competitions. “We’ve shown the City that we wanted to.”

It sets up an intriguing FA Cup final, ahead of what promises to be an even bigger summer, and this time Hemp is determined to take it all in. “I’ve said to myself, Lauren, if you do pick up trophies you do need to take a moment to remember how far you’ve come, because those moments don’t come around too often.”