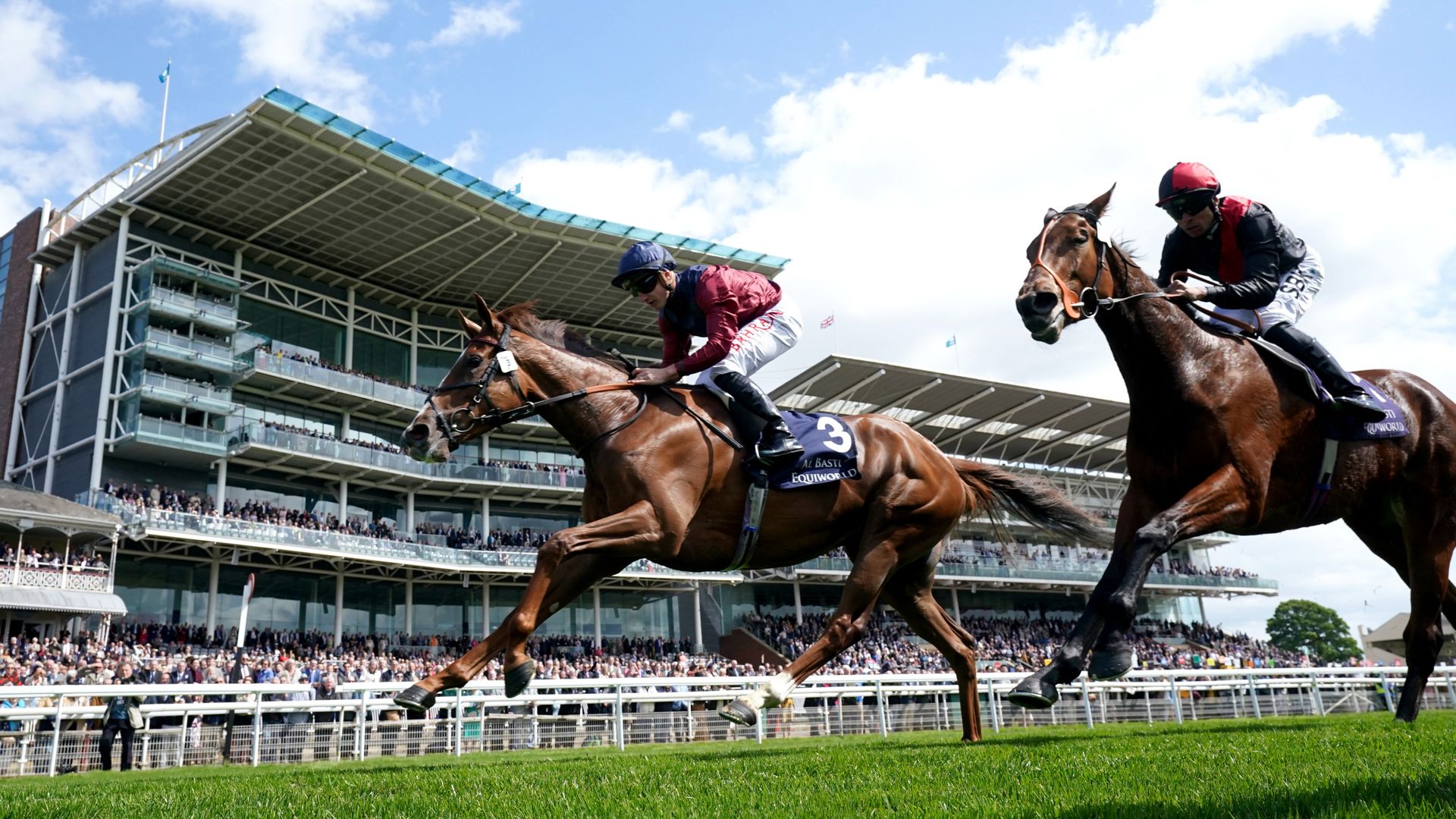 Lilac Road came from off the pace to land the Group Two Al Basti Equiworld Dubai Middleton Fillies’ Stakes under a patient ride from Tom Marquand.

The early pedestrian pace suited the William Haggas-trained Mastercrafstman homebred, who had finished fifth in the Dahlia Stakes at Newmarket on her first start of the season.

Yet over and extended mile and a quarter, Marquand settled the Jon and Julia Aisbitt-owned filly, and bided his time as Aristia set the pace.

The Richard Hannon-trained 20-1 chance had them all at it as Sean Levy wound up the pace with three furlongs to run and Lilac Road was the only one who looked like mowing her down as she began to make headway from two furlongs out.

Marquand eased to the front inside the final furlong and the 15-2 shot went on to score by a cozy half a length, with the well-supported Thunder Kiss staying on for third.

“I was half-expecting it to be honest with you as she ran well the last day, but we’ve started dropping her in and Newmarket is very hard to come from behind,” said the winning rider.

“She relaxed into this today, we did not go very fast and it worked in our favor. When I got off her at Newmarket I said to William if she stays on this path she’d get a mile and a half, but she’s clearly a filly with lots of talent.

“It was William’s idea to drop her out at Salisbury (when she won a Group Three). He said ‘drop her out last and if she gets beat it’s my fault’, but it’s been making her. As a jockey you always want to give horses the best chance and basically William made her in one day.

“She’s building up now and you’d have to say that was her best effort.”

Levey added of the runner-up: “She ran a cracker. I think maybe in the paddock she wasn’t as fully furnished as the rest of them and she’s not quite there in her coat, so we’ll take second today.

“I believe she’ll improve – her whole family improved with age.

“She’s ran against good opposition today and run quite nicely. She got a little bit tired before the line and she’ll definitely improve.”