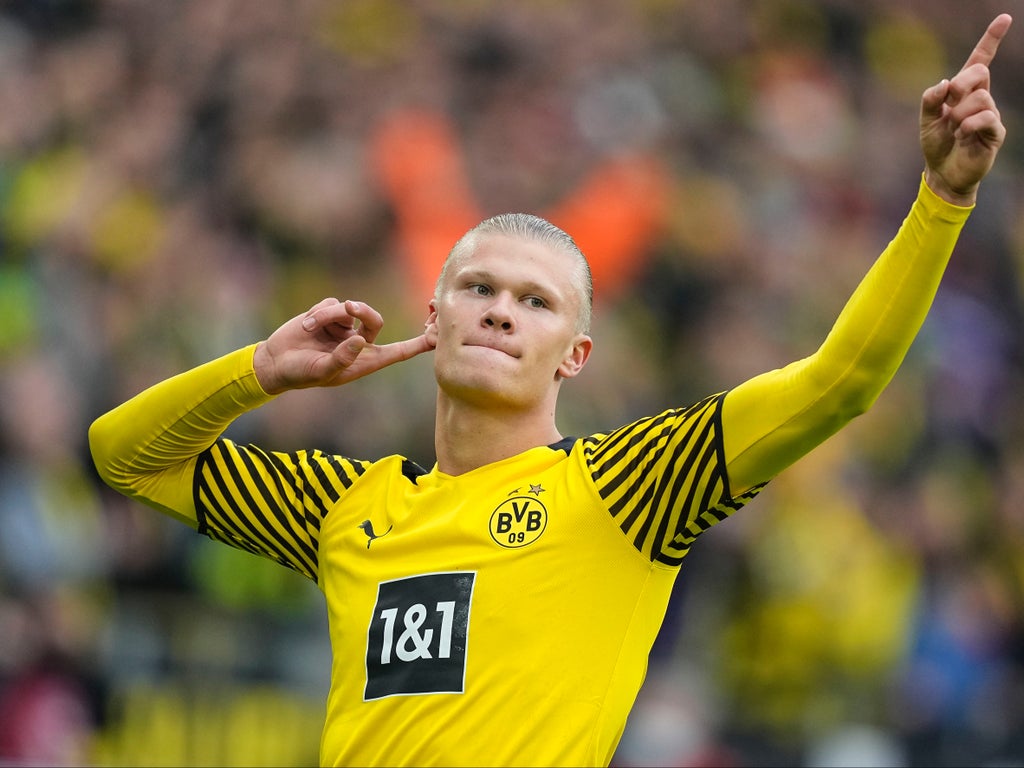 Manchester City: have confirmed they have reached an agreement for the incoming transfer of: Erling Haaland: from: Borussia Dortmund:.

The free-scoring striker will move to the Etihad at the end of the season, after the Cityzens activated his € 75m (£ 64.2m) release clause from the Bundesliga club.

A club statement read: “Manchester City can confirm we have reached an agreement in principle with Borussia Dortmund for the transfer of striker Erling Haaland to the club on 1st July 2022.

“The transfer remains subject to the club finalizing terms with the player.”

Haaland is expected to sign a five-year deal at the Etihad and become one of the club’s highest earners, also having courted interest from Real Madrid.

The 21-year-old’s arrival will signal an end to the search for a new center-forward in Pep Guardiola’s squad, following last year’s departure of Sergio Aguero and the summer-long chase, which ultimately ended in disappointment, of Harry Kane.

Guardiola has always refused to comment on City’s longstanding interest in Haaland but softened that stance in his pre-match press conference before Wednesday’s trip to Wolverhampton Wanderers.

“Everybody knows the situation but I should not talk because I do not like to talk about the future, next season,” he said ahead of the official announcement.

“At the same time I should say something, but Borussia Dortmund and Manchester City told me I’m not allowed to say anything until the deal is completely done, so I can not talk, I’m sorry. We’ll have time to talk.

“I would love to talk but they tell me do not say anything about the legal actions or the legal situation.”

Haaland moved to Dortmund from RB Salzburg midway through 2019/20 and has since scored at a rate of very nearly one goal per game across almost 90 appearances in yellow and black – 85 in 88 so far – while also hitting 15 goals in 17 caps at senior international level with Norway.