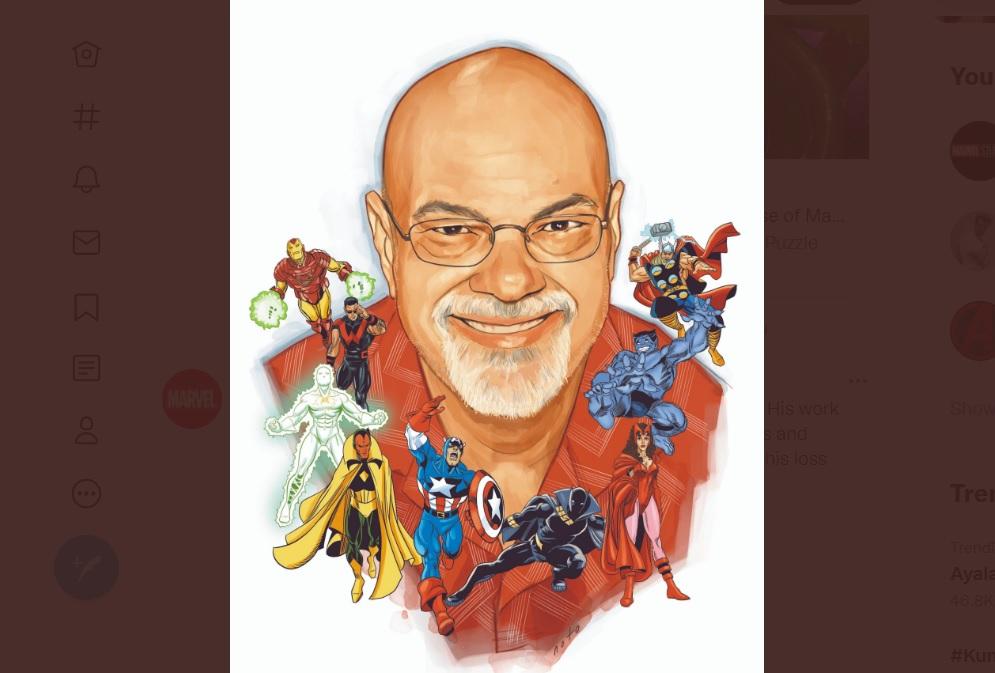 NEW YORK – George Perez, an acclaimed comic book artist and writer known for his influential work on such superhero titles as the Avengers, Wonder Woman and the Teen Titans, has died, Marvel and DC Comics announced.

Perez was 67. He revealed last year that he was battling pancreatic cancer.

“George Perez was an artist, a writer, a role model and a friend,” Marvel Entertainment said on Twitter. “His work paved seminal stories across comics, and his legacy of kindness and generosity will never be forgotten.”

DC Comics tweeted that Perez’s contributions “were pivotal in both driving and reinventing DC’s long and rich history.”

Perez and writer Marv Wolfman had created such characters as Cyborg, Raven and Starfire.

Their “Crisis on Infinite Earths,” a reboot, “saw several major characters killed off in a multiverse saga that still resonates in popular culture,” according to Deadline.com.

Perez was known for his clean, dynamic and realistic style.

“George Perez never went half way, in art or life. He pushed the limit of what a comic could do: his style was somehow, impossibly both overwhelmingly powerful and subtly graceful,” tweeted Tom King, a comic book writer who, like Perez , had won a coveted Eisner Award, an accolade akin to an Oscar in the industry.

Perez’s family had moved in the 1940s from Puerto Rico to New York, where his father found work in a factory.

His talents emerged early; Perez started working as an assistant at Marvel before turning 20, and was soon working on titles including “Astonishing Tales” and “The Avengers.”

DC publisher Jim Lee said Perez’s art style was “both dynamic and incredibly expressive … the perfect storytelling canvas for some of the most important events in DC history.” —Agence France-Presse: