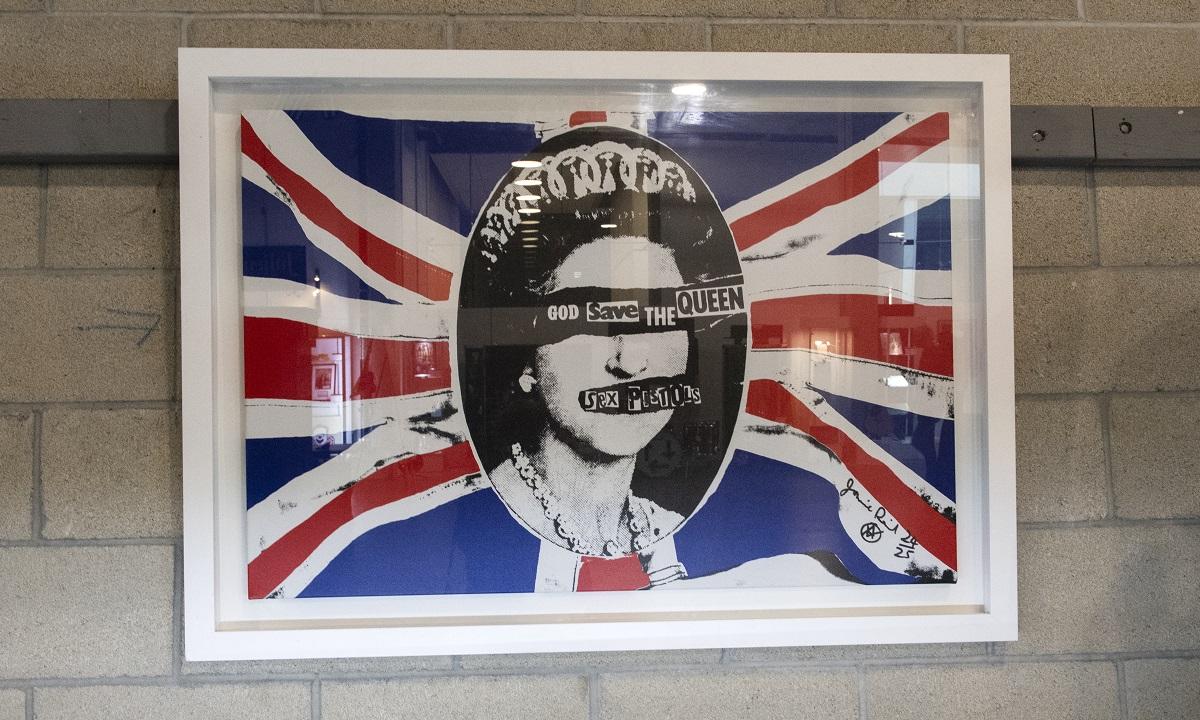 LONDON – Sex Pistols’ punk-rock classic “God Save The Queen” is to get another airing to mark Queen Elizabeth II’s upcoming Platinum Jubilee, 45 years after it first scandalized the pop charts.

The anti-royalist anthem, whose acerbic lyrics were written by front man Johnny Rotten, was released in 1977 as the queen celebrated her silver jubilee for 25 years on the throne.

The lyrics famously refer to the queen’s “fascist regime,” while declaring that the monarch “ain’t no human being,” leading it to be banned from BBC radio and television.

But that only added to its notoriety, helping it to hit number two in the charts, although many punk fans still believe it was deliberately kept from the top spot, which went to Rod Stewart instead.

Thousands of physical copies of the song are to be re-pressed for release on May 27, including both the version released on Virgin Records and that released by A&M Records.

“One of the most sought-after vinyl records in history returns to the shelves. Get your hands on a repress of both the A&M & Virgin God Save The Queen 7” vinyl, limited copies available of each, “the band’s official account tweeted.

The band signed to A&M in March 1977, but were dropped six days later, with a young entrepreneur named Richard Branson swooping in to sign them for Virgin.

They famously performed the song on jubilee day on a boat sailing down the Thames, with various members of the band arrested when they reached dry land.

Lydon’s feelings towards the monarch have since softened, telling music website Quietus in 2017 that “I would sorely miss her as a human being on planet Earth.

“It’s not her fault she was born into a gilded cage,” said the now 66-year-old veteran hellraiser. “Long may she live. I do not know about the reign part, but long may she live.”

Lydon, who went under the stage name Johnny Rotten, recently lost a court battle with former band mates Steve Jones and Paul Cook to prevent the group’s songs being used in a television series. – Agence France-Presse:

Biden heads to Asia to reassure allies that China is still a top priority: NPR: