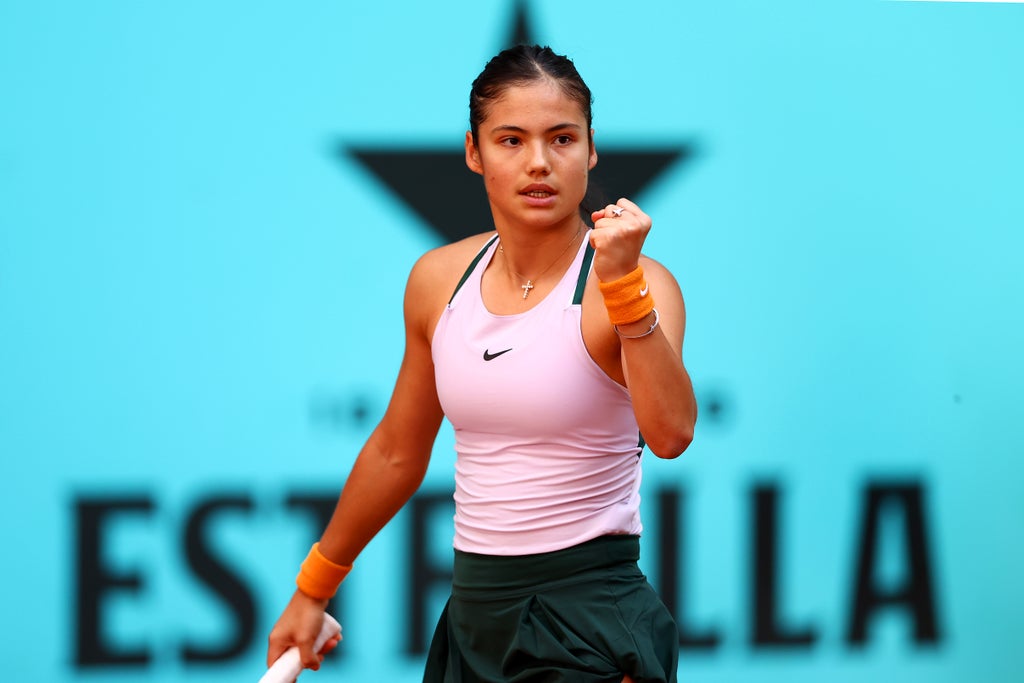 The 19-year-old produced what was surely her best display since winning the US Open as: she cruised past Marta Kostyuk in the second round:providing further evidence that clay is a surface she certainly looks comfortable on.

Raducanu beat Kostyuk 6-2 6-1, getting revenge for last year defeat by the same scoreline to the Ukrainian at the Transylvania Open.

Marta’s a great opponent – I knew it was going to be a really tough battle. I went out there trying to be really aggressive and it paid off. ”

Raducanu had not won consecutive matches at a tournament in 2022 until she reached the quarter-finals in Stuttgart last week, eventually losing to the all-conquering Iga Swiatek, and she has done that again here as there are increasing glimpses of the form that saw her swat aside all before her at Flushing Meadows last summer.

Kalinina will certainly not be short of confidence herself though, having stunned seventh-seed: Garbine Muguruza: with a 6-3 6-0 demolition in the second round in Madrid.

The round of 16 match between Emma Raducanu and Anhelina Kalinina will take place from 7pm BST on Tuesday, May 3.

Elena Rybakina or Jil Teichmann await the winner in the quarter-finals.

How to watch Emma Raducanu vs Anhelina Kalinina:

TV channel: The match will be broadcast on the Amazon Prime streaming service.

Live stream: Amazon Prime subscribers will be able to watch the match either on their website or through the app.

This will be the first time the pair have faced each other on the WTA Tour.