Jurgen Klopp insists Liverpool are taking nothing for granted ahead of Champions League semi-final at Villarreal |: Football News:

Jurgen Klopp insists Liverpool are taking nothing for granted ahead of Tuesday’s decisive Champions League semi-final second leg at Villarreal.

The final obstacle in Liverpool’s quest to reach a third Champions League final in five seasons sees them head to Spain with a 2-0 advantage after last week’s comprehensive first-leg victory at Anfield.

Despite holding a commanding advantage, Klopp is under no illusions there is still a job to be done and is relishing the challenge that only Champions League semi-finals produce.

“We know that it is half-time,” Klopp told his pre-match press conference. “In the best possible way we have to ignore the result from the first leg. If it were a cup game where only one game decided, and we had to go to Villarreal, we would try to win there.

“We know they will give all they have, that is absolutely clear. With all the things Unai said after the game… it’s going to be a tough one but that is completely fine. Champions League semi-finals should be tough; we never expect “them to be easy and this will not be easy. But we played a good game at home and we better play a good game there as well.”

FREE TO WATCH: Highlights from Liverpool’s win against Newcastle in the Premier League:

Klopp continued: “At this moment, a Champions League semi-final is the most important game you can play. Whatever happened in the last few weeks or will happen in the next few weeks is not important, for this moment is clear.

“You never know if you will reach a semi-final again or if we will ever have the chance again to go to the final, you never know. We have an exceptional team here and nothing is for granted. You need luck in moments and all these sorts of things, so you better treat it carefully and be ready, and we will be ready.

“We really want it, we want to be where we are, and we want to go to the final. If Villarreal is better than us and beat us with a result which qualifies them for the final then congratulations, that’s it. But between now and then there are 95, or however many minutes to play, and I’m looking forward to it. “ 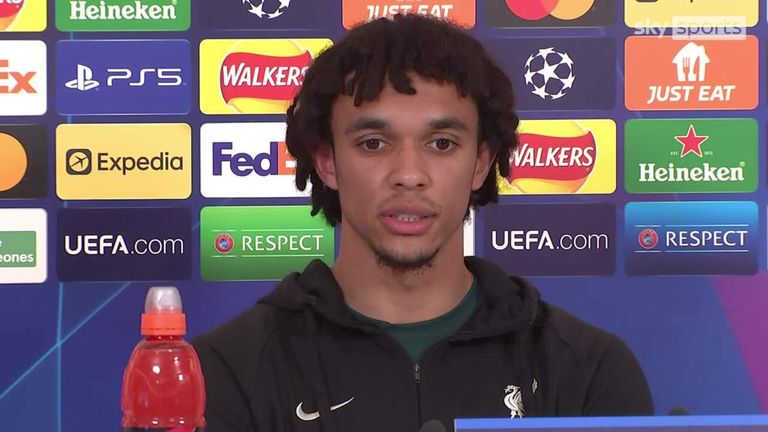 Liverpool defender Trent Alexander-Arnold believes that his side will not be complacent against Villarreal despite their good form.

Klopp: We have to be ready to suffer:

Villarreal boss Unai Emery has warned his players will make Liverpool suffer at the Estadio de la Ceramica after failing to lay on glove on the six-time European champions in last week’s first leg.

Klopp is adamant Liverpool are prepared for such an examination in order to progress through their Champions League semi-final and reach the third final of his tenure on Merseyside.

“We have to be ready to suffer,” Klopp added. “Not being a goal down – which can happen – but giving the game the right direction.

“A good example was Newcastle. The crowd was very passionate but we did not let it happen, which was the biggest quality for this game. It was not a show of football brilliance. Of course we could have scored more goals but how clear-cut the performance was incredible.

“Yes we have to be emotional, ready to play the best game ever, but knowing it will not happen in moments. Suffering does not mean you suffer for long, you suffer and then you react.” 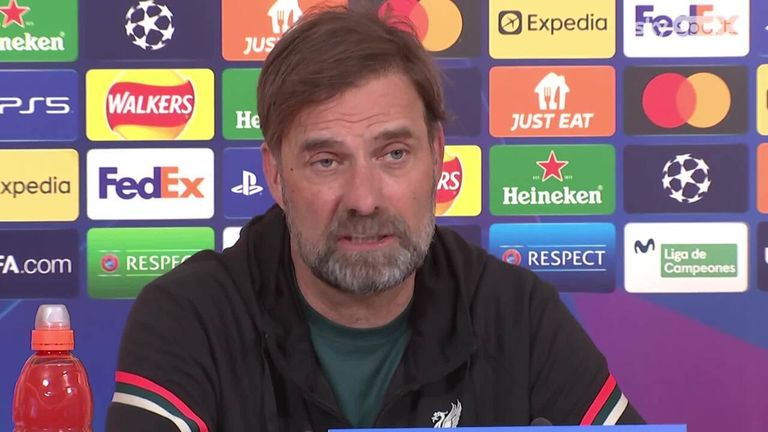 Klopp: Everything required of Liverpool:

Klopp added: “Maturity and experience are very important, but they are not the only decisive things. You can be old and know everything about football but unable to play anymore, so that can not be useful.

“Everything what we are will be required tomorrow night, that’s it. We have to be ready to play a top, top game because they will go for us. They will high press, they will try to play much more football than we allowed them in the first game.

“Unai will for sure try to adapt a few things to our style. It will be really interesting. Maturity will be important but it’s not the only thing.”

Follow every Liverpool game in the Premier League this season with our live blogs on the Sky Sports website and app, and: watch match highlights for free: shortly after full-time.

Want the Liverpool latest? Bookmark our: Liverpool news page:check out: Liverpool’s fixtures: and: Liverpool’s latest results:watch: Liverpool goals and video:keep track of the: Premier League table: and see which Liverpool games are coming up: live on Sky Sports:.

Get all this and more – including notifications sent straight to your phone – by downloading the: Sky Sports Scores app: and setting Liverpool as your favorite team.

Hear the best Premier League reaction and expert analysis with the: Essential Football: and: Gary Neville: podcasts, keep up-to-date with our dedicated: Transfer Center:follow the Sky Sports social accounts on: Twitter:, Instagram: and: YouTube:and find out how to: get Sky Sports:.