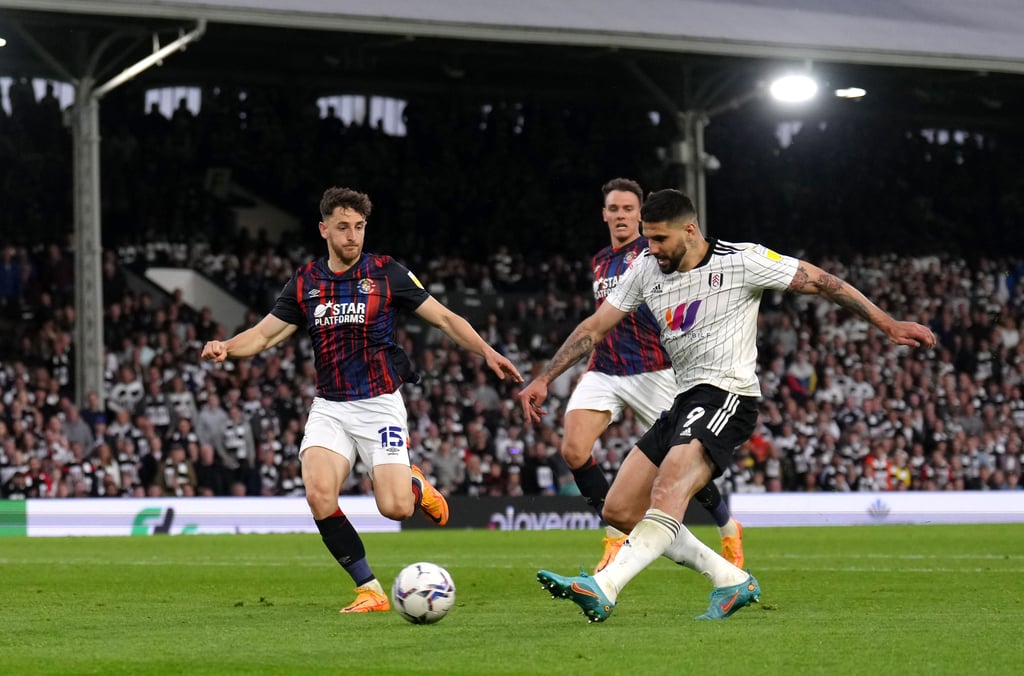 Aleksandar Mitrovic’s two goals in Fulham’s 7-0 win over Luton gave him the highest-scoring English league season record for over half a century.

The Serbia striker has surpassed Guy Whittingham’s 42 goals for Portsmouth in 1992-93, the most in the current 46-game league format, by one with one game remaining of the Championship season.

Ricky Miller had a 40-goal season in the National League for Dover in 2016-17 but Whittingham’s 42 made him the last man to achieve the feat in the top four tiers.

With: Mitrovic: reaching 43, you have to go even further back to find a season to match his – not since 1965-66 has anyone scored more, and even that 44-goal campaign came in the fourth tier for Kevin Hector of Bradford Park Avenue.

It was a further eight years back, 64 years ago in 1957-58, that Tommy Johnston scored 43 goals in a second-tier campaign – starting the season with Leyton Orient before joining eventual promotion winners Blackburn. Arthur Rowley netted 44 at that level for Leicester the previous year.

Derek Dooley’s 46 for Sheffield Wednesday in 1951-52 is the post-war record for the second tier, and the next mark in Mitrovic’s sights, while the all-time record at that level is 59 by George Camsell for Middlesbrough in 1926-27.

Camsell’s tally was surpassed by one year later in the top flight as Everton’s Dixie Dean set an all-time record for an English league season. Mitrovic’s 43 lift him into the top 20 of that list but, while his tally is a record for a 46-game season, it is worth noting the other records listed were each achieved in just 42 matches.

Mitrovic has found the net in 28 of his 43 league appearances this season and has now scored more than once in 12 of those fixtures.

That includes three hat-tricks, with the Serbia international scoring all of his side’s goals in their 3-1 win over Swansea and the 3-0 success against West Brom and also tripling up in January’s 6-2 win over Bristol City.

The latter came in the middle of the Cottagers’ run of 19 goals in three games, Mitrovic with five of those after the 7-0 win at Reading brought him one of eight doubles this season. He also scored twice in both fixtures with QPR, at home to Millwall, Peterborough, Preston and now Luton, and at Birmingham and Nottingham Forest.

Coventry became the first team all season to stop Mitrovic scoring in two appearances and he has so far scored against 20 separate opponents.

With a goal every 93 minutes and 42 seconds including stoppage time, and having started all but two games and been substituted only 10 times – often late in the game – a Mitrovic goal has often felt like an inevitability.

His tally includes six penalties and all 43 of his total have come from inside the penalty area.

Fulham’s rout of Luton clinched them the title as Mitrovic continued his run of being either promoted to the Premier League or relegated from it in every one of his seven seasons in English football.

Having signed for Newcastle in 2015, he and the Magpies dropped to the second tier before bouncing back at the first attempt.

He moved to then-Championship: Fulham: early in the 2017-18 campaign and helped them to promotion, only for the Cottagers to yo-yo between the top two divisions in every season since.

Promotion this term at least sees him go one better than Whittingham, whose Portsmouth side lost in the play-offs having – remarkably, given Whittingham’s efforts – missed out on automatic promotion on goals scored.