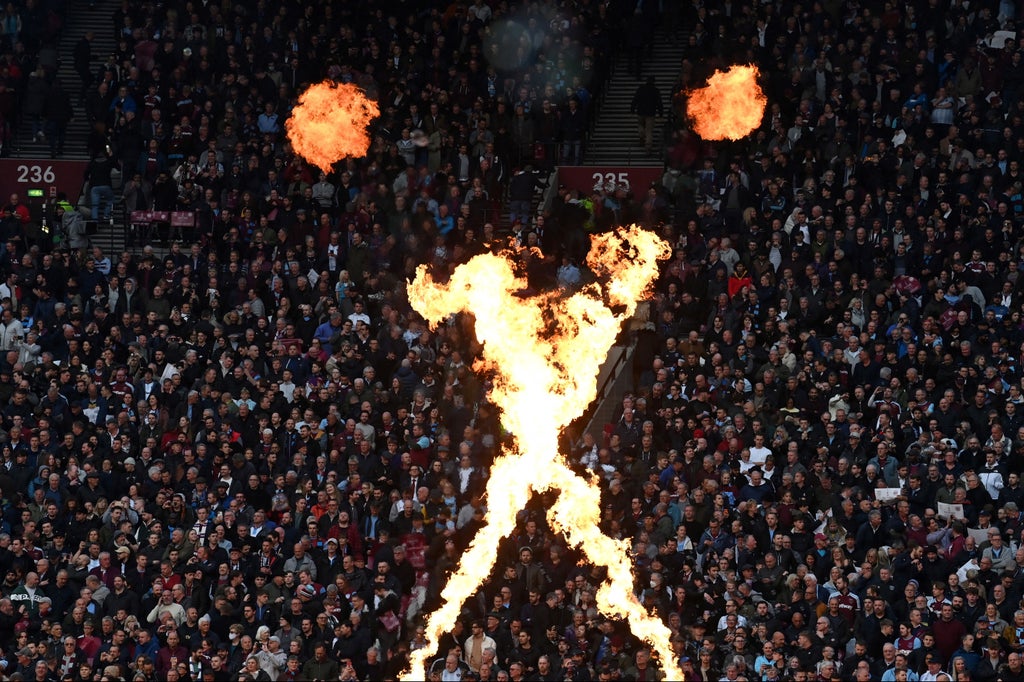 est Ham: have vowed to ban any supporter found to have attacked visiting journalists during their 2-1 defeat to: Eintracht Frankfurt: on Thursday night.

Two reporters from ARD Radio alleged that they were attacked by West Ham fans while broadcasting live on air in the aftermath of: Michail Antonio:‘s equalizer in the 21st minute.

The reporters, Tim Brockmeier and Philipp Hofmeister, said they were punched and had their headphones ripped away by the supporters.

West Ham will review CCTV and work with the police to ensure the offender is handed an indefinite ban.

Brockmeier and Hofmeister were sat in the back row of the press box with fans directly behind them and were moved at half-time.

In a statement, a West Ham spokesperson said: “The club is aware of the incident and will be working to identify the offender. In line with our zero-tolerance approach, anyone identified will have their details passed to the police.

“They will be given an indefinite ban and be unable to enter London Stadium and travel with the club. There is no place for this kind of behavior. ”

Hofmeister says during the live broadcast: “If you constantly have the feeling that something could come from behind, a punch or something. My dreams of English football have been shattered. ”

After the game Hofmeister tweeted: “We are doing okay. Best wishes to all West Ham supporters who love football and respect their opponents. ”