Tory MP Neil Parish suggests he opened pornography in the Commons by mistake: 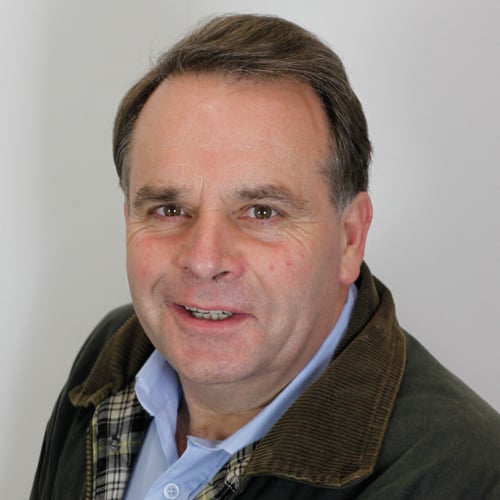 The Conservative under investigation for allegedly watching pornography on his phone in the Commons chamber suggested he may have opened it accidentally as he rejected calls to stand down as an MP immediately.

Neil Parish said he would be continuing his “duties” as an MP for Tiverton and Honiton, in Devon, and as the chair of a select committee while “cooperating fully” with investigators after he had the Tory whip suspended on Friday.

The 65-year-old farmer said he would only consider his position after the conclusion of an inquiry after referring himself to Parliamentary Commissioner for Standards Kathryn Stone.

But he vowed to continue serving his constituents and remain chairman of the Commons Environment, Food and Rural Affairs Committee despite calls to resign or at least stop attending the Commons while under investigation.

“I will be cooperating fully with any investigation, and whilst it is ongoing I will continue to perform my duties as MP for Tiverton and Honiton,” he wrote on his website.

Later asked by broadcasters if he opened something in error in the Commons, he said: “I did, but let the inquiry look at that.”

Mr Parish said he would consider his position as an MP after the result of the investigation, telling reporters: “I will not remain if I am found guilty.”

Ms Parish said “it was all very embarrassing” as she told The Times she defended her husband, saying: “He’s quite a normal guy, really. He’s a lovely person. It’s just so stupid. ”

Allegations of a porn-watching parliamentarian were first aired by Tory MPs in a meeting with Chief Whip Chris Heaton-Harris on Tuesday.

Mr Heaton-Harris suspended Mr Parish, who has represented his constituency since 2010, from the parliamentary Conservative Party pending the outcome of an investigation after they talked on Friday afternoon.

Conservative former Cabinet minister Karen Bradley, who chairs the Procedure Committee, said she “would urge him not to come into Parliament” while under investigation and was clear he must quit if found guilty.

Clearly he is not fit to be in Parliament:

Labor’s Harriet Harman, who is the longest-standing female MP, called on Mr Parish to stand down amid a “new low for the House of Commons”.

“Clearly he is not fit to be in Parliament. He should accept that and not drag the processes out. ”

It was understood that the Independent Complaints and Grievance Scheme (ICGS), which looks into allegations of bullying and sexual harassment, had begun examining events after at least one witness made a referral.

A second investigation could be launched after Mr Parish’s commitment to refer himself to Ms Stone, who may consider whether Mr Parish broke the MPs’ code of conduct by causing “significant damage to the reputation and integrity” of the Commons.

Before being identified as the MP at the center of the storm, Mr Parish was asked about the allegations during an appearance on GB News earlier this week.

He was non-committal on whether the suspect should have the whip removed and denied there was a large cultural problem in Westminster, despite senior Conservative colleagues having decried it as being “shameful”.

“We’ve got some 650 Members of Parliament in what is a very intense area,” Mr Parish said.

“We are going to get people that step over the line. I do not think there’s necessarily a huge culture here but I think it does have to be dealt with and dealt with seriously and that’s what the whips will do. ”

Labor’s shadow Commons leader Thangam Debbonaire accused the Government of having known about the “disgusting behavior” for days and having “tried to cover it up”.

“In any other workplace this would count as gross misconduct and the person responsible would lose their job. Parliament should be no different, ”she added.

The pornography claims followed reports that 56 MPs, including three Cabinet ministers, are facing allegations of sexual misconduct that have been referred to the ICGS.

They also follow outrage over The Mail on Sunday publishing “sexist” and disputed claims from unnamed Tory MPs that deputy Labor leader Angela Rayner tried to distract Boris Johnson with her legs during Prime Minister’s Questions.