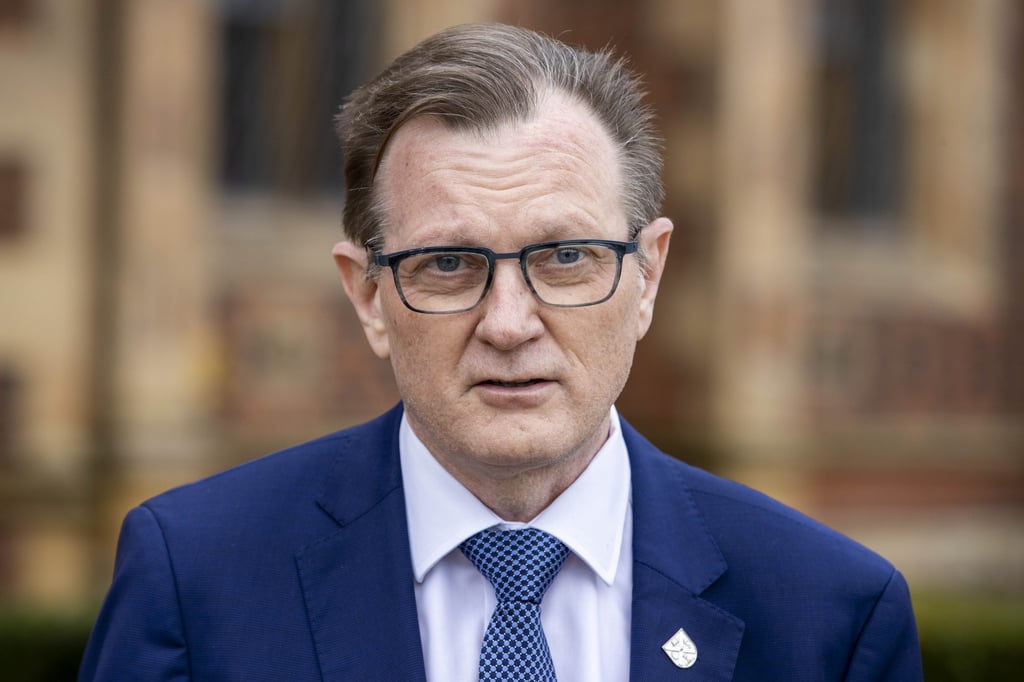 Higher education in Northern Ireland is facing a perfect storm, the vice-chancellor of Queen’s University Belfast has warned.

Ian Greer said potential budget cuts for the sector and fewer university places will lead to an education migration.

Addressing the CBI NI’s An Audience with Northern Ireland’s Political Leaders event at Queen’s, Mr Greer said a failure to act now would leave a “legacy of inequality and a legacy of stifled economic growth.”

He said some £ 216 million (40%) has been cut from third level education by the Northern Ireland Executive in the past 10 years, contending it is the only part of the UK which has reduced government investment in higher education during that period.

With demographics indicating an upward trajectory of 18-year-olds, he said universities need to increase places by 19% just to maintain current opportunities.

But Mr Greer said instead of increasing university places, cuts will see further reductions in places.

He said a 5% reduction in fees will leave no option but to reduce places by 500 and 10% by 1,000, at a time when employers are struggling to fill their vacancies in high-end jobs.

“Northern Ireland, because of financial constraints, has limits on the number of students that we can admit to university,” he said.

“I have to warn you that a perfect storm is on the horizon.

“We have a growing economy with a need for skilled graduates. We have potential additional budget cuts locally which will impact and translate to fewer university places. That comes on top of a reduction in public expenditure in tertiary education of around 40% over the last decade.

“All of that translates to fewer university places this year compared to previous years partly because of the impact of Covid in the last two years.”

He said of students with three grade Cs at A-level, only 5% can access a university in Northern Ireland, compared with 55% in England.

“If we do not act now, we will leave a legacy of inequality, a legacy of stifled economic growth, all because we failed to act,” he said.