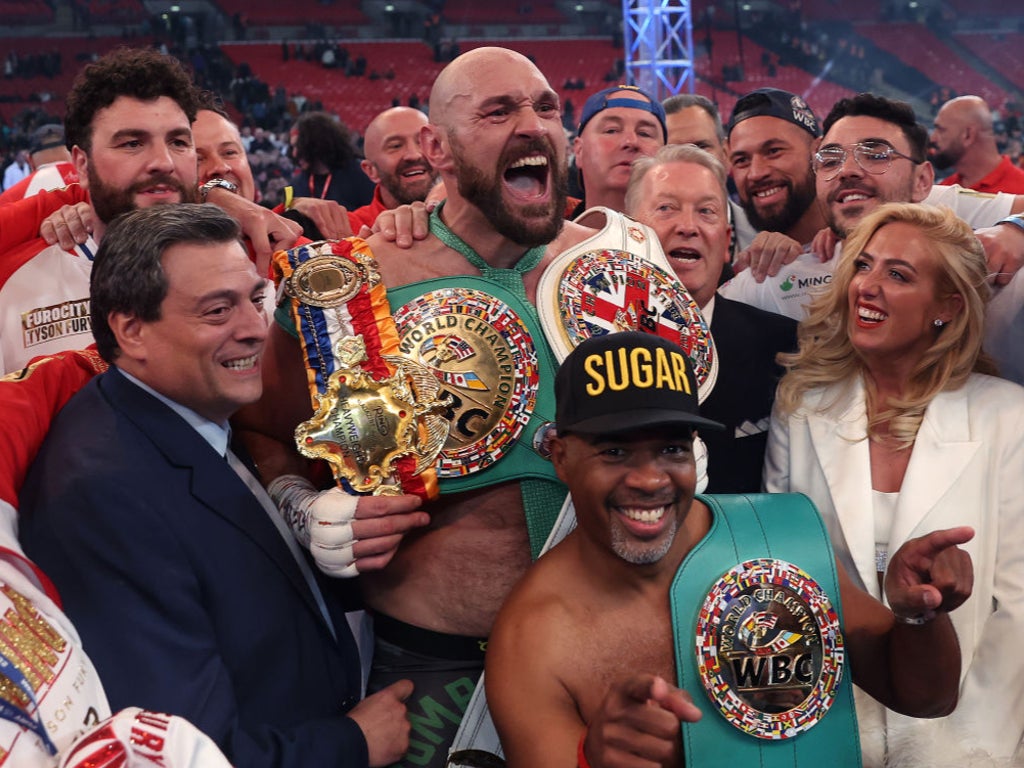 The WBC champion: stopped his mandatory challenger in the sixth round: of their Wembley Stadium showdown, finishing the fight with a vicious uppercut that Whyte failed to recover from before the referee waved it off.

During the build-up, Fury had insisted that it was going to be his last outing despite many wanting him to face the winner of the rematch between Oleksandr Usyk: and: Anthony Joshua:.

After his victory, the 33-year-old reiterated his desire to hang up the gloves as he revealed he had promised his wife Paris that he was going to step away.

“I promised my lovely wife of 14 years, Paris, that after the Wilder 3 fight, that would be it. And I meant it, ”Fury said.

But Arum, who represents Fury as his American promoter, has thrown doubt on the retirement talk by dismissing any chance of the Briton not fighting again.

Speaking to USA Today Sports, he said: “No, he definitely won’t retire. Of course not. Are you crazy? We’ll have plenty of time to talk everything out. “

After Fury’s win over Whyte, UFC heavyweight champion Francis Ngannou was welcomed into the ring as: the pair talked up a potential crossover exhibition bout:.

And Arum has admitted that it could be a possibility for Fury next.

“I do not know what: [Ngannou’s] contract situation with the UFC is, ”the promoter said. “Obviously it’d be a massive fight, and it should be easy to make.”

FBI agents who mishandled Larry Nassar investigation will not be charged, US Justice Department says: