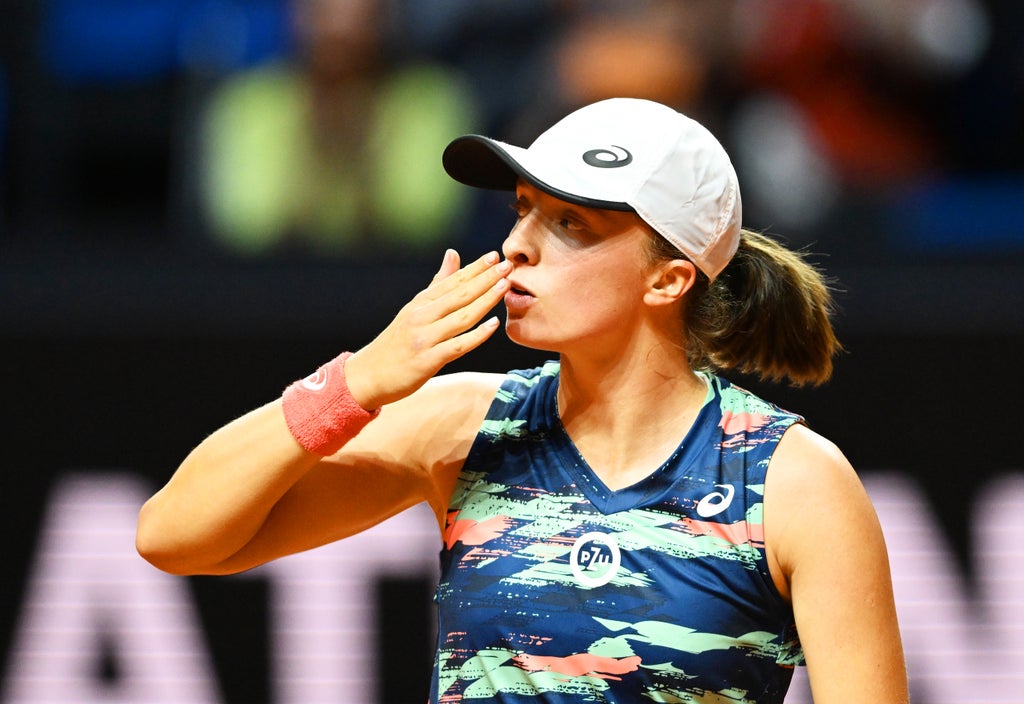 mma Raducanu: pushed: Swiatek Games: but ultimately fell short against the world number one in the quarter-finals of the Porsche Tennis Grand Prix.

Swiatek has now won 21 matches in a row after the 6-4 6-4 victory against the Brit in: Stuttgart:continuing the extraordinary run she has been on in recent months.

The 20-year-old’s last defeat came on February 16 against Jelena Ostapenko, and since then she has won the Qatar Open, Indian Wells: and the Miami Open. Swiatek has won the last 28 sets she has played.

Playing in her first WTA event on clay, Raducanu won consecutive matches for the first time in 2022 as she started to find some consistency in Stuttgart.

It was the worst possible start against Swiatek though as she lost her serve in the opening game of the match and the Pole dropped just three points on serve to comfortably take the first set.

Raducanu was also broken in the first game of the second set but broke back immediately to love, only to drop serve in the next game before leaving the court for a medical time-out.

Swiatek held serve comfortably when play resumed but had to save two break points in both the eighth and 10th games to seal victory against the US Open champion.

Having lost just three games in her previous six sets, Swiatek said during an on-court interview: “I’m pretty happy that today’s match was longer because it’s going to give me a lot of experience.

“Playing here is never routine because the surface is really tricky.”

The only previous meeting between Swiatek and Raducanu had come in the quarter-finals of the girls’ singles at Wimbledon in 2018, when Swiatek won 6-0 6-1.

There was also disappointment for: Cameron Norrie:, the British number one in action in Barcelona. He was beaten 6-3 5-7 6-1 by Alex de Minuar in the quarter-finals.