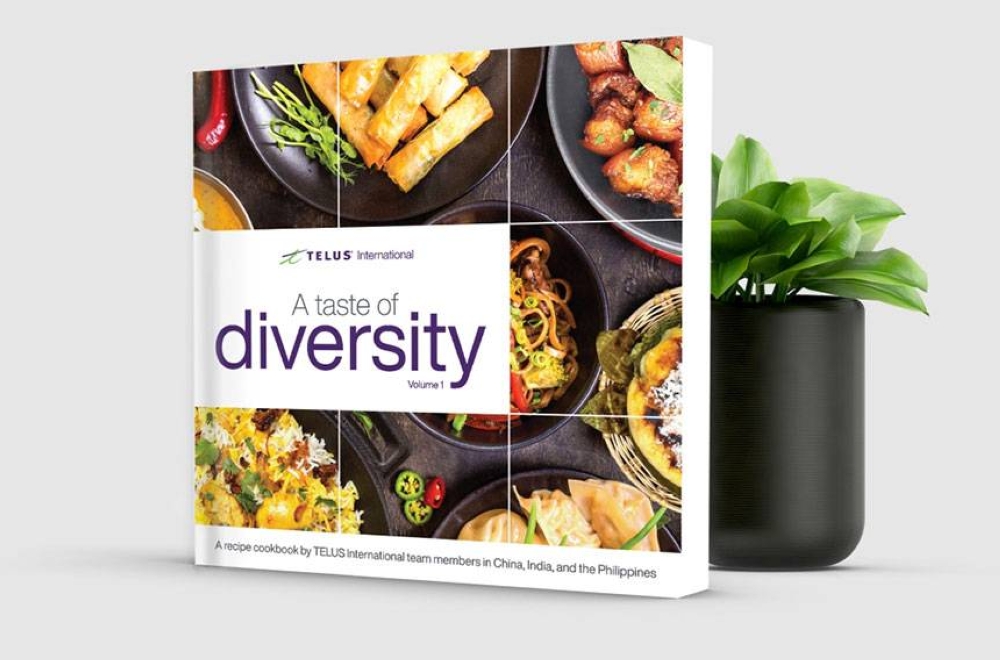 “Many of our most treasured moments involve sharing a meal with loved ones,” shares Rajiv Dhand, Regional Vice President for Asia-Pacific at Telus International.

Adding to the prestige was the chance for one’s recipe to be chosen by an impressive line-up of seasoned culinary experts who decided on the contents of the cookbook. The board of judges consisted of Royal Indian Curry House’s chef Surat Rana, a veteran who has held top culinary positions with leading hotel chains and was awarded the Netizen’s Best Choice Award in 2018; Chinese chef Sheng Tian, ​​who has built his career as a consultant in Chinese cuisine specialized in Cantonese, Lu, Zhe and Chuan cuisines; and Filipino chef RJ Ungco, a respected culinary expert in the Philippine food and restaurant industry who, after a celebrated run with five-star restaurants in Manila, now runs his own culinary business.

Over 150 team members responded to the request for original Indian, Philippine and Chinese recipes, but only 60 emerged winners across five categories – soups, salads, appetizers, main course, and desserts.

“I was truly amazed with the creativity, talent, love, and passion the participants showed in their products. Great job, guys! Awesome job to the minds behind this project!” remarked chef Ungco.

“Never in my wildest dreams did I think my recipe might be featured in a published cookbook, especially one that has been curated by such seasoned chefs! Thank you, TELUS International for making this happy foodie’s wish come true,” said winner Ella Edralin.

TELUS International Philippines is offering a free download of this cookbook at linkedin.com/company/telus-international-philippines/. Readers are invited to share their own take on these recipes with photos or videos, using the hashtag #TasteOfDiversity.